WALK IN THE FOOTSTEPS OF LEGENDS

Play in our historic course where legends like Sam Snead and Gene Sarazen established their golf legacies.

Featuring the only practice facility with night time access in South Florida.

Designed by Tomas "Tubby" Martin, the course opened in 1923

Golf was originally started in Miami with a six-hole course around the Royal Palm
Hotel in 1897. In 1898 Henry Flagler opened the Miami Country Club along NW 11th
Street and 12th Ave along the Miami River. The course was a nine-hole course and was
accessible from the Royal Palm Hotel by boat or a two-hour journey along a dirt road.

James Bright and Glenn H. Curtiss became partners in land development and the
Curtiss-Bright Ranch Company was incorporated January 27, 1921. On December 30,
1922, the corporate name was changed to the Curtiss-Bright Company.

In 1921 the Curtiss-Bright Ranch Company was developing the City of Hialeah. Mr. Curtiss
envisioned an adjacent community to the west of the Miami Canal as a planned residential
community. The plan for the community included wide boulevards, large single-family
residential lots, with stringent building and zoning laws and a golf course. The
Curtiss-Bright Ranch Company began clearing the land in Country Club Estates, (City of
Miami Springs) around 1922.

A group of golfers known as the Miami Coconuts were without a course to play on. The
Miami Coconuts did not have a clubhouse, held no regular meetings and in fact they only
owned golf clubs. The group would meet in downtown Miami at the Martinique Hotel. It was
in the hotel that H. B. “Dickie” Martin started the Miami Coconuts and its membership
consisted of almost every golf-minded resident of the City of Miami.

The Miami Coconuts Golf Commit tee along with Frank Wharton, City Manager, as chairman, got the City of Miami to post $3,000 in total purse money for a Miami Open.

The first pro was Walter Andrews, and after him came Chick Nelson. In January 1925, after the course had been opened for play only several months.

At the meeting in the spring of 1922 the Miami Coconuts decided that if Miami was to continue to grow as a resort center, facilities should be provided for the entertainment of thousands of guests who come to Miami.

A committee consisting of; Roddy Burdine, who later become a partner in the Curtiss-Bright Company, Joe Chaille, Bill Harrison, J. E. Junkin, Jr. and Sam Boyer was appointed to canvass the area in search of a parcel of land for the proposed venture.

The committee contacted Glenn H. Curtiss and James H. Bright who through the Curtiss-Bright Ranch Company had a large amount of land holdings northwest of the City of Miami.
The Curtiss-Bright Ranch Company offered to supply the necessary land provided that the Miami Coconuts obtained financing for the construction of the golf course. According to published news accounts the Miami Coconuts incorporated themselves as The Miami-Hialeah Golf Club in July 1922.

The Corporation floated bonds to pay for the construction of the course. A total of $44,000 in bonds was raised from the club members. Mr. Curtiss had originally required the club to come up with $75,000 in its initial offering, but he later agreed to match the amount raised.

The construction by the Curtiss-Bright Company on the golf course began in 1922 and continued until the fall of 1923. The only interruption was from the floodwaters of the nearby canal. Before the construction was completed it became apparent that the money raised was not sufficient.

The club began to call on Mr. Curtiss for money. Mr. Curtiss’ first direct advance was on November 16, 1922 in the amount of $15,000. Mr. Curtiss had also endorsed the clubs notes to various area banks for a total of approximately $9,000.

The Miami Springs Golf Course was designed by Tub Palmer, a Miami Coconuts charter member. The golf course was constructed at a cost of approximately $101,000. The expense of maintaining the course was overwhelming for the Miami-Hialeah Golf Club members. The City of Miami Purchased the Miami Hia-le-ah Golf Club from Curtiss-Bright Company including, the first nine holes and an additional 90 acres for the back nine for the sum of $75,000 and an additional $15,000 for the purchase of the Parkway, a total of $90,000 as

recorded in Deed Book 365 page 223 on September 11, 1923.
(Note: An article in the Miami Daily News, Sunday, July 6, 1952 stating that Glenn Curtiss donated the land and an article in the Miami Daily News, June 1,1941 stating Curtiss sold the land to City of Miami for $1, has caused confusion concerning history of ownership) It is likely that these articles confused the gift of the Clubhouse with a gift of land. The City of Miami employed the services of Langford and Moreau of Chicago to revamp the layout into an 18-hole golf course at a cost of approximately $105,000. Miami Springs Golf Course became Dade County’s first municipal golf course.

Come and see for yourself why the Miami Springs Golf & Country Club’s charm and tradition make it the locals favorite. Featuring the only practice facility whit night time access in South Florida, centrally located near the Miami International Airport, and 18 holes which will prove challenging and rewarding for all levels of skill, make this golf course a must play. 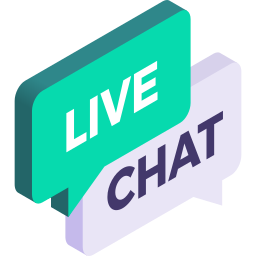